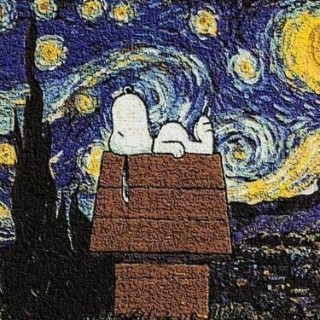 I am a sometimes poet and an author of fiction novels (K.L.Laettner) on a quest to master the universe of my mind. My writing runs the gamut of nature, off beat, life and basically the world as I see it through the windows of my eyes. Welcome to my blog. Sit a spell in your big comfy armchair or favorite spot and read for a while if it suits and don't forget to leave a comment to let me know who you are and all that jazz. Looking forward to what each day brings and catch you on the flip side of the stars. Peace and blessings.

I am a sometimes poet and an author of fiction novels (K.L.Laettner) on a quest to master the universe of my mind. My writing runs the gamut of nature, off beat, life and basically the world as I see it through the windows of my eyes. Welcome to my blog. Sit a spell in your big comfy armchair or favorite spot and read for a while if it suits and don't forget to leave a comment to let me know who you are and all that jazz. Looking forward to what each day brings and catch you on the flip side of the stars. Peace and blessings.

“Someday when you’re old enough to understand, it is then that you shall learn the secrets.”
Those were the last words that fell from her pale tinted lips.
I didn’t agree and tried to tell her so. I thought I was old enough and that I should be told now, not at some too far away time in the future, but now. She smiled at me, her mouth wrinkled in that crooked way that happened when she was being indecisive, and then she gave me that not-quite a hug embrace, as if she was afraid to hold me, as if I were a china doll that would break. Her long brown hair swept across my arm tickling it like when ants or spiders crawl across your skin and I remember thinking at the time that I wanted her to hold me so much closer. I didn’t want her to let me go. I think I felt angry that she with-held herself. I wanted to be a baby in her arms again and a yet a grownup at the same time but she let me go and took a step back.
I looked up into her green eyes that seemed to be filled with such a great sadness. Her eyes had always held a certain depth, a light I had always loved but somehow that light was dimmed now. I knew then at that moment that I would never see her again. I felt time standing still at that very second. I heard a faint bell ring in the distance and knew the church in town below always rang faithfully at noon. I don’t know how or why I knew that, and as I would later find out would be a piece of the secrets kept from me.
Those words and her absent touch would be her last goodbye.
I don’t remember if I cried as she pulled away. I only remember her words and how I felt unloved and angry for her not sharing her truth, for not leaving me that parting gift. I watched as she walked away down the path of oaks that seemed to move and sway with the gait of her walk.
Only then did I feel the hand take mine and as I looked down, the long rough and dirty fingers gently patted mine. I looked up at her, as she stood in the shadow of the clouds above me, so tall and stoic like a ship’s mast. She stepped closer to me and her eyes betrayed nothing. She just held my hand and watched as mother walked away. I felt my breath catch as the swaying brown-haired body went over the crest of the drive and out of my view.
I felt arms around me then, when I knew I was finally ready, when I needed her touch the most.
Her body bent like a sail in the breeze and she folded me in to her arms. She was my Aunt and I knew that she was all that I had left. I never saw any hint of sadness in her eyes at that moment, or at least I don’t remember if I had, but she looked at me and quietly said “when the time is right, your heart will know and then the truth will be told. It cannot be rushed. It is our story that will awaken like the tight bud on the tree the will unfold and blossom into itself. It will become what it is meant to be and you will be alive in the light of the possibility of all that is.”
It was then that I finally cried, in that moment that I finally felt loved.
The thought of the secrets slipped back into the dark corners of my mind, comfortably tucked away at that moment like a treasure in a chest and I knew that now was not the time for it. I was not to question it yet and I felt okay about that.
“Now is the time for growing my dear child, like the flowers in the garden or the apples in the orchard ” she said, and I wiped my face, smudging the dirt left on mine from her hands into my skin and I walked beside her under that sunlight that erupted through the clouds and felt a peace flow through me that all of my life had been absent. I felt her energy just by being in her presence, this woman I had never known but that I felt such a love, a connected kinship for. I felt like I had finally arrived home.
Her name was Alice and she was where it truly began.

She doesn’t live here anymore-Roxette
“We grew up together,
we’ve been here forever.
Barefoot in the summer,
cold in stormy weather.
She taught me all there is,
like magic and love,
lots of forgotten words.”

The Book of Alice and Amelie

Trinkets of meaning
The soul has places
For each and every
Sacred word,
Gems and sticks
Rocks and feathers
Gifts of the natural
Set upon the table
Just as important
As fork and spoon
To the feast of peace.
Sitting in silence
Birds beyond call out
Come play they may say
And I close my eyes
Losing myself to the quiet.
Heart beat gently slows
As the energy covers
Like silk so soft
Falling about me
In this moment of purity
I am saved by the spirits
The feeling of bliss
As dark thoughts fade
Into nothing
Replaced
By all that is.

I don’t know why it was
As I stood in that field of summer
Feeling the sun on my shoulders
And hearing the music as my tribe gathered,
There came to me a sense of peace
A sense that I had been here before
And my mind spoke softly
“No, this is not true” to my soul
Who shrugged it off with mirth,
“You know better my friend”, my soul countering
And I listened to the words
Going back and forth
And I thought this does not matter,
That is neither here nor there,
But now is the moment we are in
And the voices fell silent.
I don’t know why
As I stood in that field
Feeling breathless and free
How I came to be here,
I remember laughing out loud
And seeing the faces peer up at me
As if questioning my joy
But I was not ready yet,
Not to let them in
To share this moment,
This feeling,
In this grass that tickled my feet
And the sound of the bees buzzing
That seemed to grow louder
Their concert of summer and flowers,
Their movement from one to another
And I plucked a small purple clover
Twirling it between my fingers,
I walked to the water’s edge
Feeling the mist of the waterfall beyond
Almost non existent on the breeze,
I dropped the flower into the ripples
And watched it move down stream
Silently
Quietly until it was gone
And turning I looked up at the clouds
And to the sun above
Thinking to myself,
This is it,
Another perfect moment to remember
Another perfect moment once again.

I fell in love
With the soul of a universe
Holding its light
Like a million fireflies
In a jar
So,careful with the fragile bounty
Blinded by the miracle
Of it all.
I gave my dreams
Carried on a whispering wind
That fell soft upon the bed of leaves
That lay below your feet
And moved as you walked
Each step closer
To the heart.
I closed my eyes to imagine
The silver spectral light
Of your face in sleep
I touched the softness
The gentle spirit
the breath of peace
And caressed my dream
With beauty.